LeBron James names the best coach in the NBA

LeBron James knows who his pick is for the best coach in the NBA.

James was watching the play-in game between the New Orleans Pelicans and LA Clippers on Friday night and couldn’t help but praise his former coach.

“Simply the BEST coach in the game! ARGUE with your kids not me,” James wrote on Twitter.

Simply the BEST coach in the game! ARGUE with your kids not me. 🤷🏾‍♂️

He wasn’t talking about Frank Vogel, that much we could tell you.

James was actually talking about Tyronn Lue, who coached James in Cleveland.

Lue was an assistant coach with the Cleveland Cavaliers for a season and a half. He became the team’s head coach in Jan. 2016 after replacing David Blatt. Lue led the Cavs to the championship that season and then to two more NBA Finals appearances, where they lost to the Warriors both times.

Lue was fired after a 0-6 start to the 2018-2019 season, which was the Cavs’ first season after James left for the Lakers. Lue’s presence in Cleveland obviously was not a deterrent for James.

Lue is in the middle of his second season as the Clippers’ head coach. He helped them reach the conference finals last season and on Friday was trying to coach his team into the 8th seed in the playoffs. 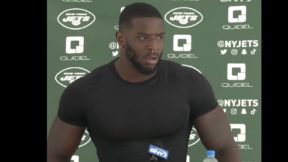