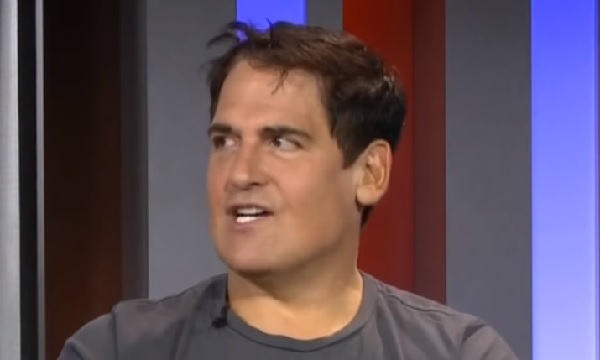 Dallas Mavericks owner Mark Cuban is on a roll with his humor lately.

Mavs guard J.J. Barea was assessed a flagrant 2 foul and ejected in the third quarter of the team’s win over the Los Angeles Clippers on Thursday after pushing Clippers big man Blake Griffin on a screen.

While there was some shoving action on the part of the 6-foot-0 Barea, it was also a fairly egregious flop by the 6-foot-10 Griffin. So when asked about the play on Saturday, Cuban replied with this funny tongue-in-cheek response, according to Isaac Harris of FanSided.

I asked Mark Cuban about J.J. Barea's ejection on play with Blake Griffin. His response while laughing pic.twitter.com/dEk1LK9SPv

Cuban also joked that Griffin might duck Barea the next time the Clippers and the Mavs meet on April 5, per Dwain Price of the Fort Worth Star-Telegram.

Mark Cuban said don't be surprised if Blake Griffin pulls a hamstring before the #Mavs play the #Clippers in Los Angeles on Apr. 5.#Barea

The 58-year-old billionaire has been the gift that keeps on giving when it comes to entertaining quotes these last few days, so perhaps there’s some incentive for the rest of us to root for the Mavs, who are currently 3.5 games behind the eighth-seeded Denver Nuggets, to make the playoffs this year.