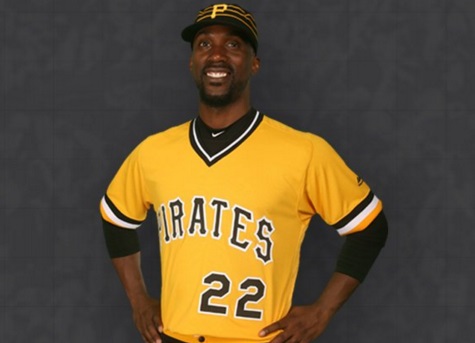 Madden 18, the newest installment from the popular football video game franchise, has labeled this iteration the “G.O.A.T. Edition.” (GOAT = greatest of all time.) The cover of the new game features an emotional Tom Brady.

It should come as no surprise, then, that the cover athlete is as good as any player in the game. Brady is indeed a 99 overall, the highest mark a player can score. Pretty incredible for a 40-year-old who was drafted in the sixth round.

Brady is not, however, alone near the triple digits. Two other NFL players are rated 99 overall: Denver linebacker Von Miller and Rams defensive end Aaron Donald, according to UPROXX.

Miller has a 98 Pursuit rating and a 97 Finesse Move. Donald has a 96 Power Move and a 91 Block Shedding. Though Brady isn’t ranked the highest when it comes to physical attributes (his speed, acceleration, agility, and strength are all in the 60s), his awareness is a 99.

JJ Watt came close to the rarified air. He is rated a 98 overall.

Tom Brady is the Madden 18 cover athlete, but there’s a good chance he won’t be using the team he actually plays for in real life when he fires up the game.

According to Brady, he usually doesn’t get to play as the New England Patriots — because his 9-year-old son Jack claims them before he can.

“I don’t like doing it,” Brady said, via ESPN. “It does feel weird. I feel like I’m going up against my own guys that I love. Julian [Edelman] catches a pass, and I’ve got to tackle him. I’ve been Green Bay, because I like that offense. And I’ve been Seattle, because I love being that defense.”

Brady is excited to be on the cover this year and intends to break the Madden Curse. He just might not be himself when he plays.

Tom Brady on cover of Madden 18, not afraid of curses

For the second consecutive year, a member of the New England Patriots will grace the cover of the latest installment of the “Madden” video game series. This year, EA Sports has labeled the game “The G.O.A.T. Edition.”

So naturally, Tom Brady is the cover boy.

We know what you’re thinking, Patriots fans: What about the curse? Some say the Madden curse is a very real thing. Others argue it is totally overblown. Rob Gronkowski appeared on the cover of Madden 17, and he ended up playing in just eight games due to a back injury. Although, Gronk has suffered numerous significant injuries throughout his career.

Brady acknowledges that there is some concern about the infamous curse, but he is hoping to buck the trend.

Plenty of athletes have survived being on the Madden cover. One of the most notable was Calvin Johnson with Madden 13, and he appeared in all 16 games that season (which was actually the 2012 season). John Madden himself weighed in on the jinx a few years back, and you can probably guess what he had to say about it.

Brady will turn 40 this summer. He’s obviously a freak athlete who is unlike any player in NFL history before him. Hopefully he can elude the curse.

Madden Bowl winner stripped of $3,000 in prize money due to inappropriate tweets The recent winner of the Madden Bowl was stripped of $3,000 in prize money due to his inappropriate tweets.

EA Sports announced on Wednesday that they had stripped Madden Bowl winner Chris “Dubby” McFarland of $3,000 of his $75,000 prize money for winning the tournament, as well as 100 Madden NFL Championship Series points, because of his tweets.

Here is the announcement they posted about the news:

A message for the Madden community. pic.twitter.com/K3irT84bOZ

Here’s the specific language about why he was fined:

“During and directly after the competition, Chris posted multiple message on a personal social media account that referenced inappropriate content. These posts violated our Code of Conduct and don’t represent the values of our organization. We immediately met with Chris to warn him that his posts were inappropriate and could not continue. Unfortunately, additional offensive messages were posted in subsequent days —Chris has since removed them.”

McFarland is now a public figure after winning and EA expects him to act as such. He recognized his wrongdoing and even spoke to that on his Twitter account, acknowledging that he would be somewhat censoring himself from here on out.

Today is the day the real Dubby dies. Feel free to unfollow.

As Kotaku points out, McFarland has a history of inappropriate tweets.