Floyd Mayweather Jr. and his family just live a much more lavish lifestyle than the rest of us. The undefeated boxer threw his daughter Iyanna a big birthday party on Saturday night to celebrate her turning 13 on Monday. Naturally, Mayweather brought in nothing but the best for his girl. He noted on Instagram that singer Justin Bieber and actor Kevin Hart showed up for the party. We wouldn’t be surprised if the two even performed there.

During an episode of “All Access” before his fight with Robert Guerrero, Mayweather was shown spending some quality time with his daughter (the fact that cameras were recording it all didn’t ruin the intimacy of the day did it?). He took her to the movies and rented out the entire theater so that it would be private. The whole theater. When you’re a part of The Money Team, this is just how life is.

Below is a photo of Iyanna with Hart: 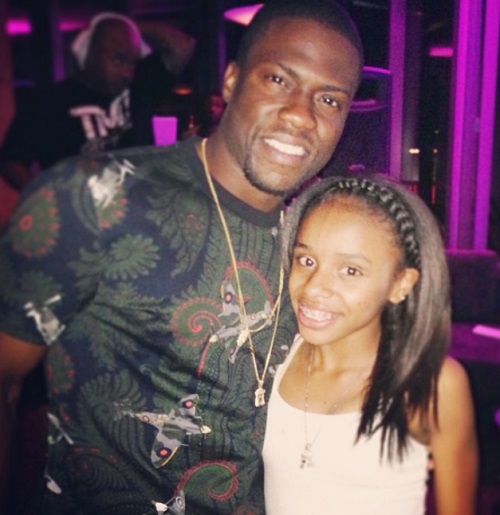 So, I bet you’re asking what kind of presents a girl receives at her birthday party when famous people show up in attendance. I don’t know that answer, but we do know that his daughter wanted gifts despite recognizing that “What do you get for the girl who has everything?” dilemma applied to her situation.