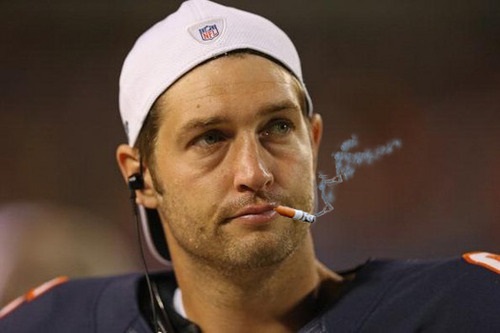 The Miami Dolphins have looked completely lost on offense through their first three games of the 2017 season, and there are already rumblings about Jay Cutler being benched in favor of Matt Moore. However, the man who would be in charge of making that decision says it is not happening.

After the Dolphins suffered a 20-0 loss to the New Orleans Saints in London, Adam Gase was asked about the possibility of making a quarterback change. The coach emphatically dismissed it.

Adam Gase definitively says there will be no QB change. Acts like it's an absurd question.

Cutler completed 20-of-26 passes for only 164 yards, no touchdowns and a brutal red zone interception on Sunday. He has an average of just 5.84 yards per completion, and Miami’s offense just hasn’t been able to get the ball downfield. With a serviceable wide receiver duo in Jarvis Landry and DeVante Parker and a great running back in Jay Ajayi, the numbers should be much better.

Former NFL offensive lineman Olin Kreutz, who played two seasons with Cutler in Chicago, predicts that Moore will be taking over before the year ends.

Matt Moore will start for the Dolphins before the year is over.

Cutler said after Sunday’s game that he is “embarrassed” by the results, and the whole team should be. Gase called his offense “garbage” after a 20-6 loss to the New York Jets in Week 3, and the team responded by putting up zero points. Perhaps the way Cutler looked when the Dolphins lined up in the wildcat on Sunday said it all.