Agatha and Barbara a tough duo in beach volleyball 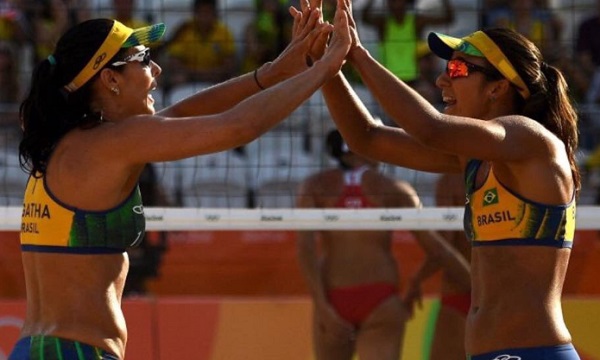 The Brazilian beach volleyball team of Agatha Bednarczuk and Barbara Seixas de Freitas is quite the dynamic duo.

Agatha and Barbara went 2-1 in pool play to advance to the Round of 16 in the knockout stage of the Olympics. They beat a Chinese team in the first round 2-0 and then a Russian team 2-0 in the quarterfinals. They then took out Kerri Walsh-Jennings and April Ross in straight sets in the semifinals, meaning they have not dropped a set since entering the knockout stage

This team entered the Olympics seeded second. In comparison, Ross and Walsh-Jennings were third.

Barbara and Agatha are a smart team that targets opponents weaknesses’, they have a good eye for the lines, and their serves are devastating. In particular they picked on Walsh-Jennings during their match against the American team, directing serves her way constantly. Fired up by the home fans in Brazil, Barbara and Agatha were animals on defense as they scrambled to return nearly every ball.

They advance to the gold medal game.

More photos of Agatha and Barbara on Page 2