Astros star responds to boos for team at All-Star Game 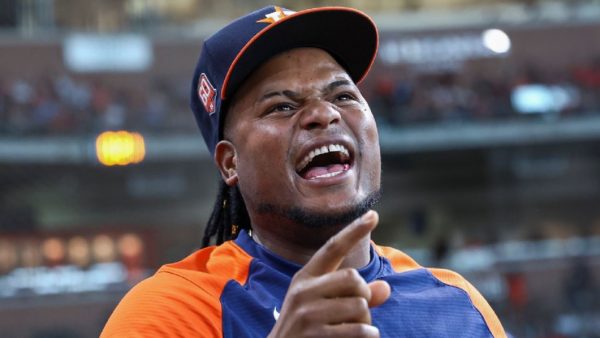 One Houston Astros player had something to say after being serenaded by the boo-birds at the All-Star Game.

Astros All-Star pitcher Framber Valdez offered a response on Tuesday after he and his teammates got a chilly reception from the Dodger Stadium crowd during Tuesday’s Midsummer Classic. Valdez and fellow Astros Kyle Tucker and Justin Verlander all heard boos amid player introductions.

The boos for the Astros players 😂pic.twitter.com/pfzjEUVZFj

“I don’t lose sleep over that really,” said Valdez through his interpreter after the contest, per Mark Berman of KRIV in Houston. “It’s one of those things that happens in the game, so it just helps me just kind of concentrate on my own game and just keep doing what I’m doing.”

Unbothered, Valdez went three up and three down in his one inning of work during the All-Star Game, even earning the win when the American League held on for the 3-2 victory. There is not much reason for him to be bothered anyway considering that Valdez (as well as Tucker for that matter) was not even on the 2017 Astros team that topped the Dodgers in the World Series the year of the notorious cheating scandal.

The boos probably would have been a lot more intense if the likes of Jose Altuve and Yordan Alvarez (both of whom were also All-Stars this year but opted out of the game due to injuries) faced the Dodger Stadium crowd. But even at last year’s All-Star Game in Denver, we saw how Astros figures who had literal zero to do with the scandal got jeered too.