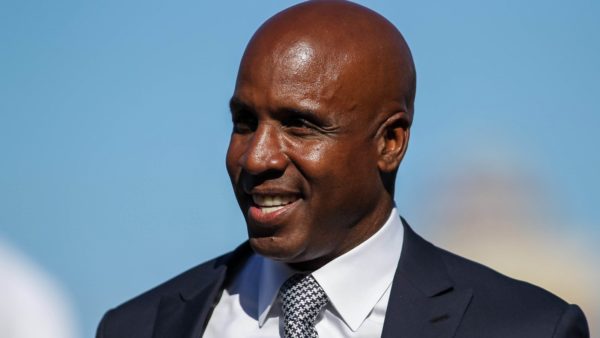 Barry Bonds offered an interesting comment about the Hall of Fame during a recent TV appearance.

Bonds was a guest during Sunday night’s “KayRod Cast,” which is an ESPN alternative broadcast for “Sunday Night Baseball” featuring Alex Rodriguez and Michael Kay. A-Rod and Kay were joined by Bonds for an interview.

In the interview, Bonds was asked if he is still hoping to make it into the Hall of Fame. Both Bonds and Roger Clemens failed to make the Hall of Fame during their first 10 years of eligibility on the ballot. They will now go to the Today’s Game committee for evaluation.

Bonds admitted that he still dreams of making it into Cooperstown.

A-Rod and Bonds joked about resetting their Hall of Fame eligibility.

"Maybe we come back for one more at-bat and reset the clock." 😂 pic.twitter.com/UPyBxp2sPJ

“To me, the only candid answer I can give you is that that dream is not over,” Bonds said on ESPN. “That’s it. One phase of it has passed, but the dream of the Hall of Fame for us is not over.”

Some people have taken a different approach regarding their Hall of Fame denial. Clemens downplayed how much the Hall of Fame means to him. Curt Schilling has tried to get himself removed from the ballot entirely. But Bonds is taking the opposite approach.

Bonds isn’t being shy about his feelings and making himself vulnerable. The man hit a record 762 home runs. But anyone who has definitively used performance-enhancing drugs has not been admitted to the Hall of Fame. That’s bad news for the future prospects of Bonds, Clemens and Rodriguez.