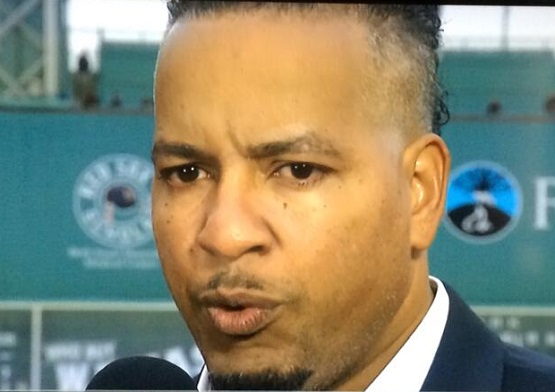 Manny Ramirez revealed last week that he is looking to make yet another professional baseball comeback, and the former MLB slugger is reportedly drawing interest from at least one team.

According to Mark Buckton of The Taiwain Times, who broke the news that Ramirez is attempting a comeback, Manny has had preliminary contract discussions with the Wei Chuan Dragons of the Chinese Professional Baseball League. A PR representative for the Dragons later told The Taiwan Times that Ramirez joining the team is “an option.”

“If Manny wants to come to Taiwan it will be an option for Manny or the Dragons. We will speak with the coach and the general manager to see what happens,” the spokesperson said. “We are glad Manny wants to come back to Taiwan, but will discuss this issue again at a later time.”

Ramirez said he has been “humbled” by the reaction to his comeback attempt both by people in Taiwan and the United States. He said he has multiple offers to play but that his focus is on the CPBL.

“In regards to the stateside baseball, I have received two more offers from the American Association and another Atlantic League team,” Ramirez said. “Still, (the) CPBL remains (my) top priority.”

The CPBL is the only professional baseball league that has resumed play, and it remains to be seen if Ramirez will play for a team this season. The 12-time MLB All-Star had success playing in the CPBL previously, as he hit .352 with eight home runs and 43 RBI in 2013 with the EDA Rhinos.

Ramirez’s last contract with a team was when he signed with the Kōchi Fighting Dogs of the Japanese Shikoku Island League Plus, which is an independent league. His deal with the team included some very interest language, but he had to leave after several months because of a knee injury.