Mets’ trade for Carlos Gomez called off after reports leak out 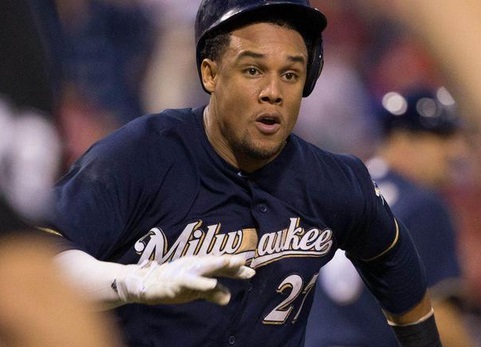 Reports said that the New York Mets had acquired Carlos Gomez from the Milwaukee Brewers on Wednesday night, but the team later said that was not the case, completing a bizarre and emotional evening for fans and players alike.

Late on Wednesday, reports first started to leak out saying the Mets had acquired Gomez in exchange for Zack Wheeler and Wilmer Flores. News circulating about the trade led Mets fans to celebrate that they were re-acquiring a player they had traded years ago. It also left Flores emotional as he was crying while on the field during a game, thinking he had been traded. Many wondered why the team left him in the game if he had been traded. Ken Rosenthal explained why:

Asked official involved with Gomez trade why Flores is still in game. Reply: “No deal is done. The entire world has jumped the gun.”

As Rosenthal stated, the trade was not official. The New York Post’s Joel Sherman pointed out that all players involved in the trade would have to pass physicals for it to be completed:

Deal with #Brewers is done pending physicals. Gomez to #Mets

About an hour later, Mets GM Sandy Alderson told the media that there was no trade

“There is no trade. Unfortunately social media etc. got ahead of the facts, and it may have had an adverse effect on one of the players rumored to be involved. It was an unfortunate situation. It was something we’ve addressed personally with the player involved,” Alderson said.

The Mets took a lot of heat for the way things transpired, but can you really say they did anything wrong? The most logical explanation for the deal not being completed as reported is because there was an issue with a player’s medicals. Some speculated that the Brewers did not like what they saw with Wheeler, who had Tommy John surgery this year. Reports later said the Mets were the ones who balked and it was because of a concern over Gomez’s hip.

Sources: #Mets backed out of trade due to concern over hip issue with #Brewers’ Gomez.

Plus, Flores says he heard about the trade from fans. Can you blame the Mets for that?

Wilmer said the reaction from the fans made him emotional; heard about trade from fans pic.twitter.com/NC1Zio0VGZ

We often take it for granted that players will pass their physicals or have their medical charts approved, but that does not always happen. Back in 2009, Tyson Chandler was sent back to the Hornets because he failed his physical with the Oklahoma City Thunder; this sort of thing happens from time to time.