MLB Should Give Teams Two Challenges Per Game, NFL Style 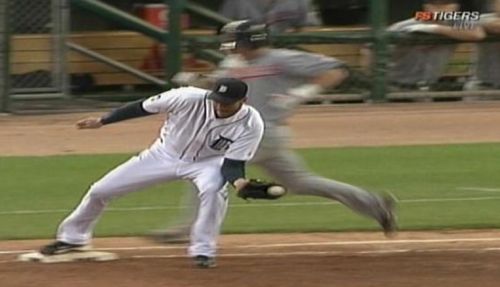 If there was some good to come from the Jim Joyce/Armando Galarraga blown perfect game call, aside from the excellent comportment and sportsmanship displayed in the event’s aftermath, it was that the issue of instant replay has become more prevalent. I have long been a proponent of adding instant replay to MLB and now there seems to be a groundswell of support in its favor. Even Bud Selig, notoriously slow to change, has said he will examine the use of instant replay in baseball. Now that we got this far, we have to make sure the changes are integrated well. Here’s how to do it.

Much like the system used by the NFL, MLB should allow each team two challenge flags to throw per game. Challenges should not be used to review balls and strikes called by the homeplate umpire as this is one of the accepted “human element” aspects of the game that should be left alone. Much like Jeff Passan described at Yahoo! Sports, the subjective calls that are up to umpire interpretation should be left alone. Challenges could be used to review calls at the bases, runners tagging up, tag outs, catches vs. traps, fair vs. foul balls, hit by pitches, and fan/catcher interference. Just like in the NFL, if the team wins its challenge, it gets to retain its challenge but it loses one if the challenge fails.

Team’s challenges should be reset to two should a game go extra innings and the process should be repeated if a game goes past the 18th (and so on every nine innings thereafter). Each team would have to notify the umpiring crew that they wish to challenge a play prior to a pitcher coming set on the mound before the next pitch. They must act swiftly in throwing the challenge flag and make a strong attempt to get the crew’s attention so that the challenge flag is noticed otherwise they lose their opportunity. Just like with the NFL, there must be conclusive evidence to overturn a call. There also doesn’t need to be a time limit on umpires reviewing plays — the whole idea is for them to get the call right, and there’s no reason umpires would take up more time than they need.

I think this would be the best solution that marries the two sides of the issue. This would allow umpires the opportunity to correct themselves without being too embarrassed, and it would allow them to slow down the fast game to make an accurate call. Plus, by limiting challenges to a few per game, you’re helping to ensure the pace of the already slow game is not further compromised. If there’s a better solution to this issue, I’d like to hear it, because I think this would be the best way to further integrate instant replay into the game. I know Mike Cameron’s for it.