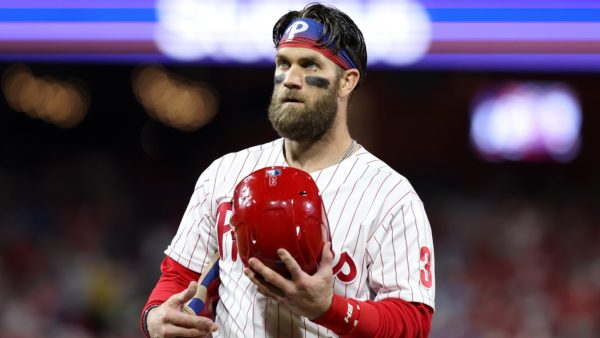 The Philadelphia Phillies are keeping one underrated piece from this year’s World Series run right where he is.

MLB.com’s Mark Feinsand reports Saturday that the Phillies have agreed to a two-year extension with their hitting coach Kevin Long. The 55-year-old Long is now under contract through the 2025 MLB season.

Long, who previously won World Series titles as New York Yankees hitting coach in 2009 and as Washington Nationals hitting coach in 2019, had just joined the Phillies prior to the 2022 campaign. He remained with the team after Joe Girardi, Long’s former Yankees colleague, was fired in the middle of the season and replaced by Rob Thomson. Long received credit for nifty work with veterans like Bryce Harper, Kyle Schwarber, and JT Realmuto as well as with young guys like Bryson Stott, Alec Bohm, and Brandon Marsh.

Ultimately, the Phillies were a top-eight offense all year under Long, who made his third career World Series trip as a hitting coach. Keeping Long around for three more seasons will be huge for the Phillies as they look to build on their success, especially since Long is widely acclaimed leaguewide.

Cincinnati Bengals running back Joe Mixon has received a favorable ruling in his aggravated menacing case, at least for now. Hamilton County Judge Curt Kissinger on Friday dismissed the case against Mixon at the request of prosecutors, via TMZ Sports.…

Kyrie Irving’s agent said last week that the star point guard wants to sign a contract extension with the Brooklyn Nets, but that is apparently no longer true. Irving has informed the Nets that he wants to be traded ahead… First-time All-Star Tyrese Haliburton is making the most of his selection by addressing one notable critic. Haliburton was named an Eastern Conference All-Star on Thursday, an impressive honor for the 22-year-old standout. He offered something of a reaction by changing…

Jerry Jones has said the Dallas Cowboys are planning to draft a quarterback this year, and it sounds like there is one he has his eye on. Jones attended the Senior Bowl in Mobile, Ala., this week to get a…