Police are investigating an alleged sex act that took place in the stands of an Oakland A’s game on Sunday.

A video that was shared on social media Sunday showed two people sitting at the top of RingCentral Coliseum, all the way in the left field corner. They were about as far from home plate as possible, with very few others nearby.

Police said they were aware of the allegation and that they are looking into it.

“The Oakland Police Department was not alerted to this until after the game, and we have initiated an investigation,” police said, via TMZ Sports.

Would this issue even bother the A’s? They’re last in the league in attendance and averaging just 9,576 fans per game. Maybe they’re just happy to have the extra bodies in the stadium, even if they are rooting from afar. 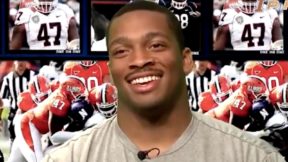