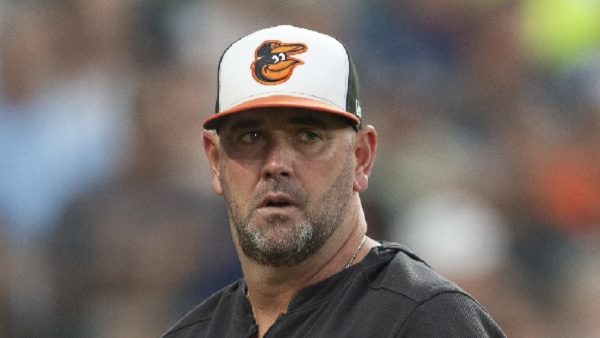 The Baltimore Orioles hold the No. 1 overall pick in next week’s MLB Draft. High school infielder Termarr Johnson is a candidate to land there, and he feels pretty strongly that the organization will find a lot of success if they pick him.

Johnson, an infielder from Benjamin E. Mays High School in Atlanta, said the Orioles will be guaranteeing themselves a World Series championship if they select him first overall.

“I don’t know too much about what’s gonna happen in the next couple days, but it’d mean a lot to me,” Johnson told Tim Leonard of MASN about the possibility of going No. 1. “Being selected with the Baltimore Orioles means that, you know, Baltimore gets a ring in a couple years.”

The confidence level is certainly admirable here. Johnson is only 18, so he’s probably a couple years away from the majors even if the Orioles do draft him. His bat is certainly highly-regarded and he has flashed incredible power, and if he develops as scouts hope, he could certainly be a key piece on a contender.

There is some evidence that Johnson’s confidence in the Orioles may not be totally misplaced. The team has won ten in a row and is on the periphery of the AL Wild Card race at 45-44. With top prospects like Adley Rutschman already arriving at the big league level, the future does look promising.