Tommy Pham was furious after outfield collision with teammate 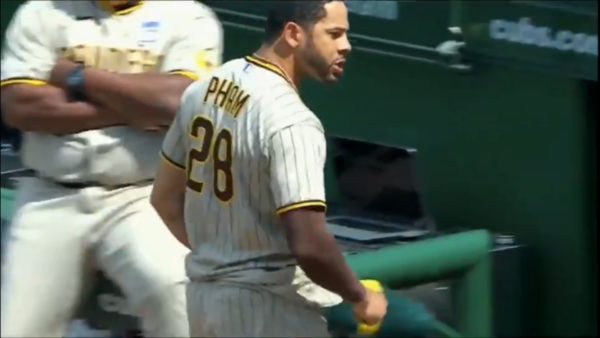 San Diego Padres outfielder Tommy Pham had an interesting reaction after being knocked out of Wednesday’s game following an outfield collision with teammate Ha-Seong Kim.

Pham and Kim collided while chasing a fly ball in shallow left field during Wednesday’s game against the Chicago Cubs. Both players stayed down after the collision and could be seen holding their heads, and both ultimately left the game.

Pham, who appeared to be calling off Kim as the ball was in the air, appeared visibly furious coming off the field. At one point, it appeared that he actually had to be restrained and ushered into the clubhouse.

Pham was livid after the collision. You know Wayne Kirby is on his way to chat | #HungryForMore pic.twitter.com/cnecKc96bw

Pham has had to deal with a lot of injuries over the past year, including this frightening offseason incident. It may be that he was frustrated by the prospect of being sidelined again, particularly as a result of something preventable.

The 33-year-old Pham is hitting .223 with four home runs in his second season with San Diego.