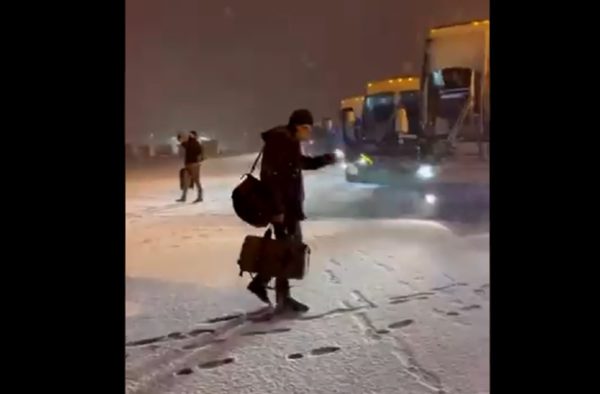 Friday’s game between the Colorado Rockies and New York Mets was postponed until Saturday to be made up as a doubleheader. If you see how bad the blizzard is, you’ll understand why they were unable to play.

Mets pitcher Marcus Stroman shared a video on his Instagram Story of his teammates disembarking from their plane in Colorado. There was snow all over the place.

Stroman joked to teammate Kevin Pillar that it was just like Toronto (they previously were teammates on the Blue Jays).

Of course the Mets have arrived in Colorado in the middle of a blizzard and a half.

Pillar jokingly asked whether they were the Green Bay Packers with all the snow on the ground.

The Mets should be used to the postponements. They have had seven postponements in 16 days due to the virus, rain, and now snow.

Tonight's Mets game in Denver has been postponed. It's the Mets' seventh postponement in 16 days this season. First coronavirus, then rain, then cold/snow.

The Mets and Rockies will play a straight doubleheader beginning at 5:10 p.m. ET/3:10 p.m. MT tomorrow.