Drake mocks Paul George on Instagram for being ‘scared’

The Pacers were down 102-99 and had the ball with 2.7 seconds left against Toronto. They inbounded the ball to George, their best player. George was being defended and had a chance to pop a three-pointer, but with a second defender closing in on him for the double-team, he decided to pass to teammate Solomon Hill rather than attempt a contested shot.

Hill’s shot went in but it came after time expired, allowing the Raptors to escape with a 102-99 win.

Drake, who is a Toronto native and integral part of the city’s professional sports teams, posted a meme on Instagram showing George with a tear on his face. He also called George “scared” to take the last shot. 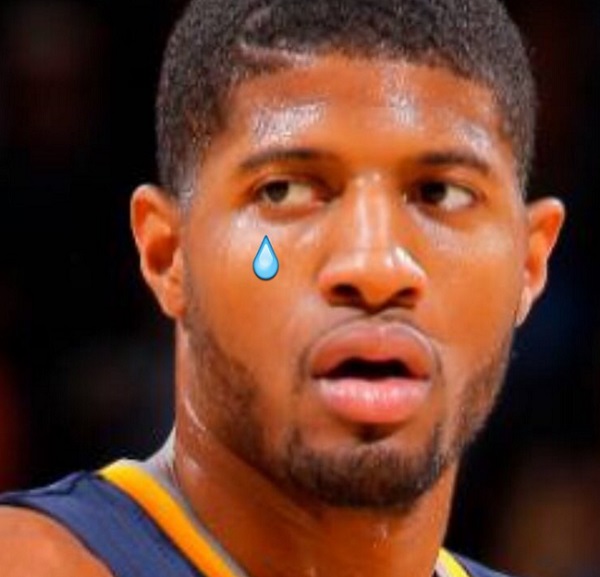 Drake is certainly a master of memes and not to be messed with, as Meek Mill could tell you. So George might be best off letting that one go. But there is little doubting how valuable PG13 has been in the postseason for Indiana. He’s averaged 28.8 points per game for the Pacers and arguably made the right basketball move in passing to Hill rather than taking the shot while double-teamed. He just should have passed sooner.