Giannis Antetokounmpo’s headbutt on Moe Wagner will ultimately cost him the final seeding game of the season.

Antetokounmpo will receive a one-game suspension for headbutting Wagner, as first reported by ESPN’s Adrian Wojnarowski. That means he’ll sit out the Milwaukee Bucks’ game against the Memphis Grizzlies on Thursday.

The MVP candidate chalked his actions up to frustration after Tuesday’s game, which saw him ejected for the headbutt. It will cost him an extra game as well, but the good news for Antetokounmpo is it’s a functionally meaningless contest from Milwaukee’s point of view. 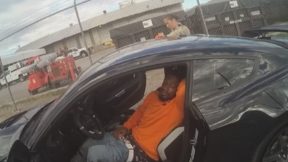