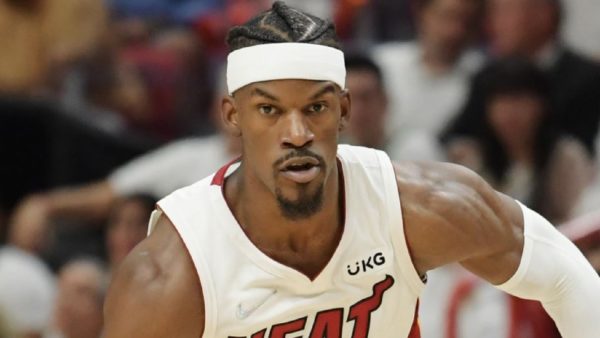 The Miami Heat may be pulling a Kobe Bryant-era Lakers move and signing a guy who prominently feuded with their star player.

Ira Winderman of the South Florida Sun-Sentinel reported on Tuesday that the Heat are considering a possible free-agent move for Indiana Pacers forward TJ Warren, who is an unrestricted free agent this summer.

The ex-lottery pick Warren is best known in Heat circles as Jimmy Butler’s archnemesis. A couple years ago, the two players had an altercation during a Heat-Pacers contest, resulting in Butler absolutely ethering Warren in his postgame comments. But Butler got revenge in the playoffs later that year when the Heat swept Warren and the Pacers in the first round. Since then, we have not heard much about the feud between the two (perhaps because Warren has barely played in the last two seasons due to a foot injury).

During his last full season, Warren averaged 19.8 points and 4.2 rebounds per game. The Heat can certainly do worse than a player like Warren who hits threes, defends adequately, and is a dynamic off-ball cutter (especially since the Heat may be losing one of their top forwards in free agency).