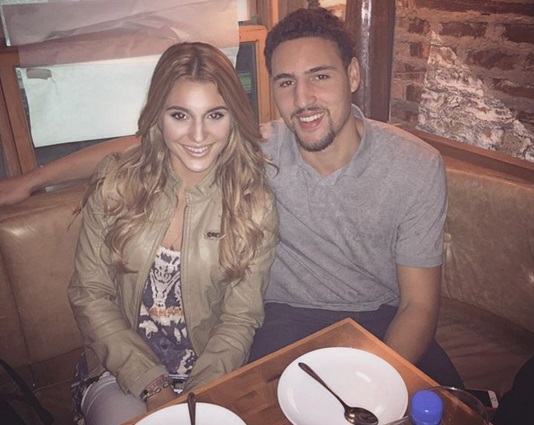 Klay Thompson seems to be doing quite well since his breakup with Hannah Stocking.

The Golden State Warriors star apparently went on a date with Fordham basketball player (and internet darling) Tiffany Suarez after his team beat the Brooklyn Nets in New York Sunday 114-98.

“Thank you for an amazing night @klaythompson,” Suarez captioned the photo of her and Thompson out at dinner.

Suarez first blew up on the ‘net in 2013 when she was discovered during her time at Virginia. The Miami native transferred to Fordham after two seasons at UVA.

Thompson has kept it pretty quiet regarding his personal life since his relationship with social media star Hannah Stocking ending. You may recall that she called him out publicly after catching him cheating on her.

It’s all good, Klay. We never felt Hannah was right for you. Tiffany may be on the young side, but she seems a heck of a lot better. And can you imagine what kind of an athlete they would produce if they ever had kids? The possibilities would be endless. Don’t blow this one, Klay.

Head to page 2 for more pics of Tiffany Suarez.