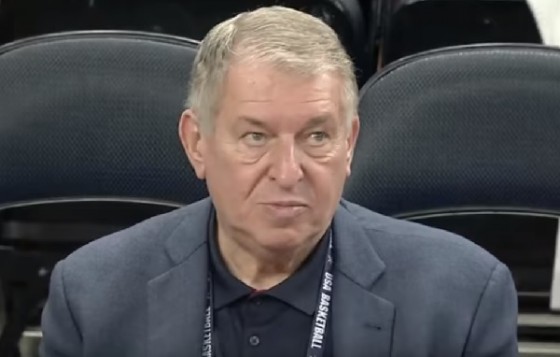 The Philadelphia 76ers hired Jerry Colangelo as chairman of basketball operations on Monday, a move that raised eyebrows as the most futile franchise of recent years could be changing their way of thinking.

However, the Sixers were reportedly pressured into the hiring by Adam Silver and NBA higher-ups, on behalf of the other league owners.

Sources told ESPN’s Brian Windhorst on Monday night that Adam Silver was vital in forging the connection between Colangelo and Sixers owner Joshua Harris. It came at the behest of other league owners, who were dismayed that one of the league’s largest markets was, for all intents and purposes, engaging in a long-term tanking project and hurting revenue sharing. The Sixers plan under general manager Sam Hinkie has been controversial to say the least.

While the Sixers are saying that things won’t change, outsiders believe Colangelo will have significant sway within the team’s front office.

“Jerry is not someone who just comes in and gives advice on something he’s invested in,” one executive who has a history with Colangelo told ESPN. “I don’t see him as being just one voice in a collaborative process.”

“This is most certainly a wide-ranging deal,” another executive said. “Jerry is famous for being aggressive and getting perks, money and power in his deals.”

It’s hard to see this as anything but a demotion for Hinkie, and a change in philosophy for the 76ers. It’s no surprise that the rest of the league wasn’t thrilled with how they were choosing to do business previously.