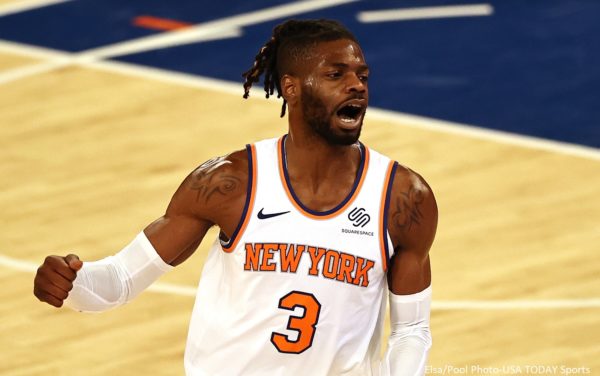 Nerlens Noel has filed a massive lawsuit against his former agent Rich Paul, and winning it will be difficult. However, it does sound like Noel’s claim that Paul did not always have his best interests in mind may have merit.

Noel is seeking $58 million after he says he received some poor and extremely costly advice from Paul. Noel claims he was negotiating a 4-year, $70 million contract with the Dallas Mavericks in 2017 when Paul advised him to break off those talks. The agent supposedly told Noel he was a “$100 million man” and should be eyeing a max contract.

Noel eventually signed a 2-year, $3.75 million deal with the Oklahoma City Thunder ahead of the 2018-19 season. The lawsuit states that Noel later learned from former Philadelphia 76ers coach Brett Brown that Philly was interested in signing him, but Paul did not reach out when contacted by the Sixers. According to Bleacher Report’s Jake Fischer, that claim is accurate.

Fischer says he was told by sources that Brown and the 76ers’ coaching staff were interested in Noel. When they didn’t hear back, they instead focused on signing Al Horford. Noel also claims the Los Angeles Clippers and Houston Rockets tried to contact Paul about his client but had no luck.

“Nerlens was always somebody we really liked in Houston and definitely tried to get in touch with,” a former Rockets official told Fischer. “But my understanding is it never got very far.”

As Fischer notes, Noel will probably have a difficult time getting people to come forward to substantiate his claims. Some executives expect Noel and the NBA Players Association to come to some sort of settlement.

If nothing else, Noel’s lawsuit is leading to some bad publicity for Paul and Klutch Sports. He may not be able to win $58 million, but he could give another player a similar idea.