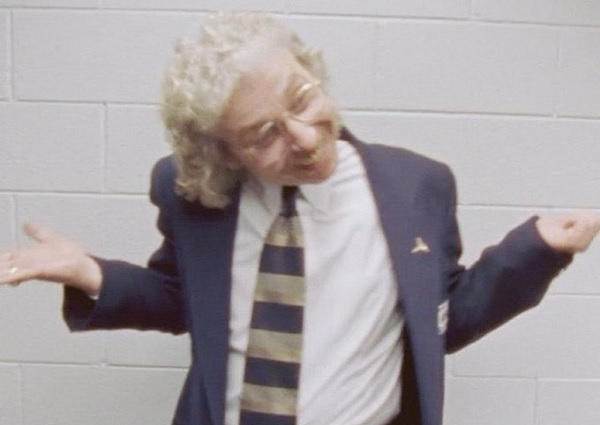 A security guard featured in “The Last Dance” documentary became a meme on Twitter Sunday night.

Episode 6 of the documentary aired on ESPN, and one clip showed Jordan betting with a security guard. Jordan infamously loved to gamble and bet the security guard about who could pitch a quarter closer to the wall. The guard put up $20 that he could get closer than MJ in four shots. He beat Jordan on his first try and then gave Jordan the famous shrug. Twitter absolutely loved it.

Jordan would bet you on ANYTHING including who can throw a quarter closer to the wall…
pic.twitter.com/S0Wnex9pr2

Cannot believe my man hit Jordan with the shrug pic.twitter.com/PlA2na4BgB

Here are some of the tweets featuring the guard:

You vs the guy she told you not to worry about pic.twitter.com/fYe35uF072

"So when's the NHL coming back this year?" pic.twitter.com/H1AltBZmUZ

How I think I look sinking a 3 at the gym

How I actually look sinking a 3 at the gym pic.twitter.com/sCEotyDxzR

Horace risking it all by talking to Sam Smith. #TheLastDance pic.twitter.com/KjVzcsCMTm

The only man who rivaled MJ at his peak #TheLastDance pic.twitter.com/6IMDITWqyI

The Knicks beat the Bulls in 1993 if this guy is on the roster pic.twitter.com/gmOx1RivQb

The only man to ever put Jordan in his place.

The perm. The attitude. The confidence. The shrug. That security guard was a legend. MJ is probably hungry to win his money back from that guy.

The security guard was later identified as John Wozniak, who sadly died this year.

The guy who hit Michael Jordan with the shrug passed away in January of this year. Hall of fame stache.