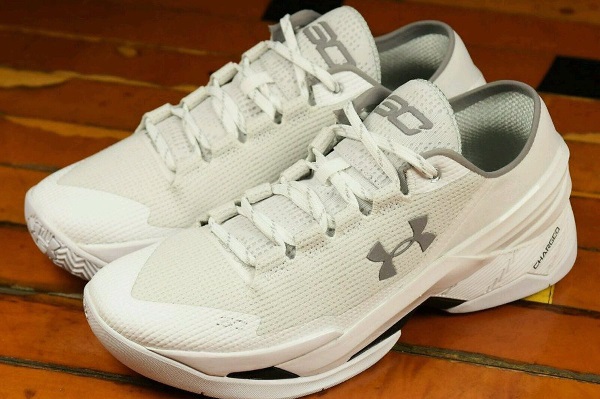 Under Armour released an all new edition of Steph Curry’s signature shoe this week, and let’s just say the public response has been unfavorable.

The shoe was initially scheduled for a release this weekend, but it’s been made available on the Under Armour website. The shoe sells for $119.99 on UA’s site, though most fans believe it’s more similar to a pair of sneakers you’d find at Walmart for twenty bucks.

Take a look at the jokes many were making on Twitter about them. The mocking had a similar theme of calling them cheap, plain, dad and nurse shoes.

when the store runs out of new balance AND sketchers #Curry2 pic.twitter.com/fNwJ3DZDMx

Nurses at the medical center has reached an agreement with @UnderArmour #Curry2 pic.twitter.com/71N95XEsNc

Everyone waiting in line for the #Curry2 's pic.twitter.com/69iYKmZTwS

"Let me speak to your manager" 5s. pic.twitter.com/v4KxNAxxQp

The official shoe of the cheesecake factory. #Curry2

"Hello, my name is Gerald and I'd like to apply for a Diner's Club card." #Curry2 pic.twitter.com/DKop8G6yey

When you have a double shift at the clinic after your game. #Curry2 pic.twitter.com/xjmIKfkXWH

Under Armor's #Curry2: The only shoe built to exact specifications of substitute PE teachers everywhere. pic.twitter.com/qw78JiNXbv

When you gotta D up so your nursing home can get that #Curry2 sponsorship. pic.twitter.com/fImr7LyH3v

"Versatile. Perfect for a morning of mallwalking, or for the 4:30 Early Bird Dinner at Golden Corral." #Curry2 pic.twitter.com/KiPWFhCzto

Chef Curry with the non-slip #Curry2 Low, ready for his kitchen shift at Ruby Tuesday's. pic.twitter.com/HAFwYDd6ux

Even brother Seth got in on the fun:

I thought I had em looking straight last week pic.twitter.com/DyxYxGscGK

Let’s just say the shoe fails to live up to its much more sexy “Under Armour Curry Two Low ‘Chef Curry'” name. Tempers flared during Friday’s World Cup semifinal match between Argentina and the Netherlands. The Netherlands were awarded a free kick late in the second half after Leandro Paredes was given a yellow card for a hard foul. The foul occurred…