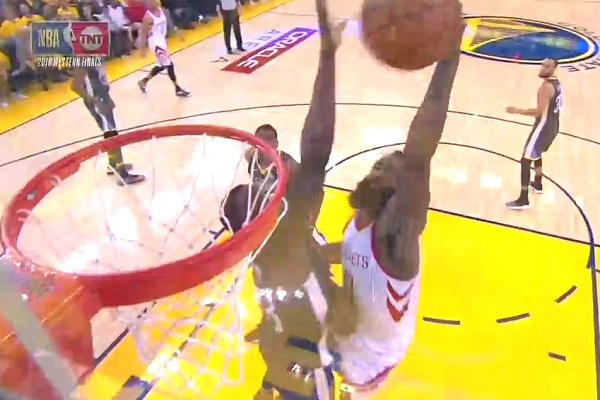 The Houston Rockets came alive in the second quarter of Game 4 of the Western Conference Finals against the Golden State Warriors on Tuesday night, and nothing made that statement louder than James Harden’s dunk on Draymond Green.

Midway through the second quarter, Harden blew threw the Warriors’ defense and then jammed on Green, who came over to try and make a play. Here’s a look at it.

It was a statement dunk and one that had some calling it the best of Harden’s career. Here’s a look at some of the reactions to the big dunk.

OMG. That is the best dunk of Harden's career.

James Harden just dunked through all the haters, of which I am one. Hand up, I got facialed pic.twitter.com/vdSEiF2cZ4

I enjoyed Harden dunking on Draymond. Carry on.