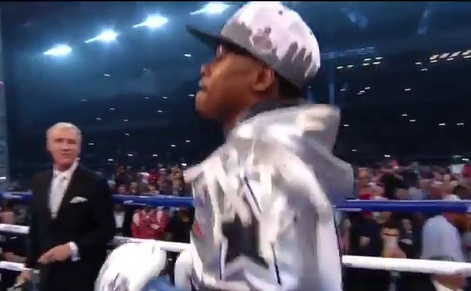 Details of a rumored title unification fight between Errol Spence Jr and Shawn Porter have now been reported.

FOX Sports boxing insider Mike Coppinger reported on Tuesday night that Spence and Porter are expected to fight on Aug. 3 at Barclays Center in Brooklyn. The real surprise is that Coppinger reports that fight is expected to be available on FOX and not pay-per-view.

SOURCES: The welterweight unification championship fight between Errol Spence Jr. and Shawn Porter is likely to take place Aug. 3 at Barclays Center in Brooklyn, New York. The 147-pound title tilt is expected to headline a PBC on FOX card.

Spence and Porter are among the top welterweights in the world, along with Bud Crawford.

Spence, 29, has fought at Barclays Center three times in his career, though his last two fights have been at Jerry Jones/Dallas Cowboys locations (AT&T Stadium and The Star in Frisco). He is 25-0 with 21 knockouts in his career and holds the IBF welterweight title.

Porter, 31, is the WBC welterweight champ. He is 30-2-1 with 17 knockouts and has fought four of his last five fights at Barclays Center.

This will be the first fight between any of the trio among Spence, Porter and Crawford. Spence and Porter both fight under the Premier Boxing Champions promotion, while Crawford is a Top Rank fighter.