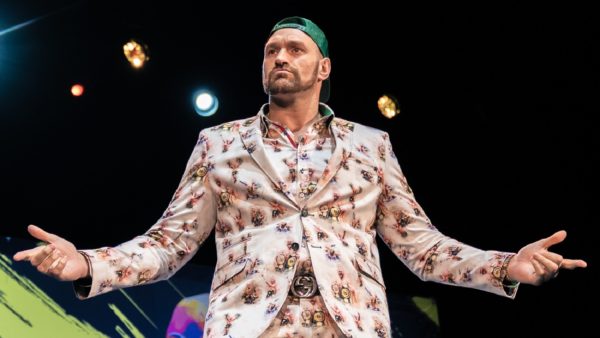 The greatest heavyweight boxer of this generation is saying goodbye.

Two-time world champion Tyson Fury made an announcement on Friday, which was his 34th birthday. Fury revealed that he was retiring from boxing.

MASSIVE THANKS TO EVERYONE WHO HAD AN INPUT IN MY CAREER OVER THE YEARS & AFTER LONG HARD CONVERSATIONS IV FINALY DECIDED TO WALK AWAY & ON MY 34th BIRTHDAY I SAY Bon voyage. HEARS A FEW WHO MADE IS SPECIAL ALONG THE WAY… pic.twitter.com/jNeF1CbBqm

Nicknamed “The Gypsy King,” the British fighter Fury calls it quits with an undefeated 32-0-1 record. He will go down in history for his iconic trilogy with Deontay Wilder (in which Fury picked up two knockout wins and a draw). Fury also defeated Wladimir Klitschko, the great of the previous heavyweight generation, in a 2015 clash. The most recent bout for Fury came last April when he stopped Dillian Whyte by sixth-round TKO.

Fury had recently announced his plans to fight countryman Derek Chisora, which many speculated could be a tune-up for a unification bout with the winner of the Oleksandr Usyk-Anthony Joshua fight later this month. It appears that Fury is now scrapping those plans though.

In addition to his proficiency in the ring, Fury also has plenty of personality, so this probably is not the last we have seen of him in the public eye. In fact, we already know of one potential career that Fury might like to take up next.