Brad Calipari will have chance to leave Kentucky as graduate transfer 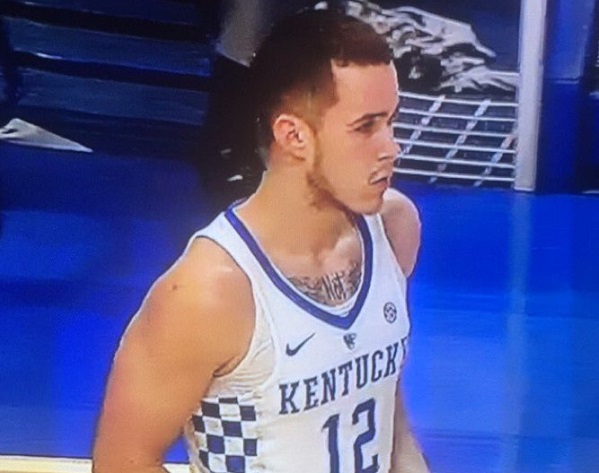 The saga of Brad Calipari has been one Kentucky fans have followed closely throughout the year, and it may have a big twist involved.

Calipari, the son of Kentucky Wildcats head coach John Calipari, played two seasons — 2016-17 and 2017-18 — for the Wildcats. He decided to redshirt this season and is spotted by the team’s bench every game. His apparel at each game has become a major point of interest among Big Blue Nation. It’s such a point of interest that you can even bet on it.

Due to him redshirting this season, Brad still has two seasons of eligibility left as a player. His father joined “The Jim Rome Show” on Wednesday and actually talked about the possibility of a graduate transfer.

“He redshirted because he’s going to have two years to play,” John said of Brad. “If he chooses to, he can go to another school, a smaller school where he’ll play more.”

John added that he thinks Brad will stay at Kentucky though.

Brad appeared in 27 games over his first two seasons, playing 73 minutes. He has scored 11 points in his career, mostly as a 3-point shooter. We really couldn’t see him leaving Kentucky considering he willingly chose to go there as a freshman rather than a smaller school, but you never know. Big Blue Nation wouldn’t be the same without him.