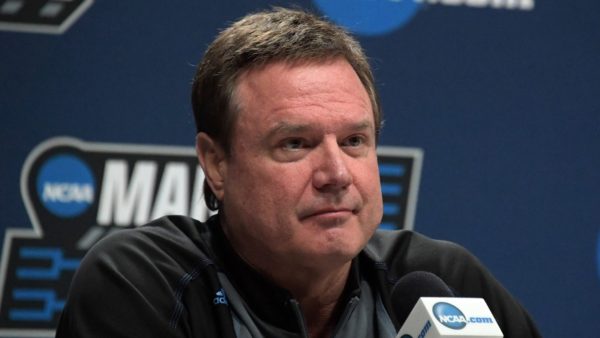 This year’s NCAA championship game between Kansas and North Carolina was an instant classic, but viewers were not happy about one particular aspect of the television experience.

Kansas beat North Carolina 72-69 and pulled off a comeback for the ages in the process. After the game, however, is when TNT’s coverage started to go south. After airing minimal footage of Kansas’ post-game celebration and an interview with Jayhawks star David McCormack, TNT went to commercial. When the commercial break ended, sports fans who were fully expecting to see the customary “One Shining Moment” video and coverage of the trophy presentation instead got … an episode of TNT’s teen comedy series “Chad.”

Confused and angry viewers expressed their dismay on social media about the unexpected turn of events.

Why am I watching Chad? Where is the after game coverage and One Shining Moment???? #TNT #NCAAChampionship

THEYRE SHOWING CHAD INSTEAD OF ONE SHINING MOMENT??????? WTF IS THIS BS @TNT

Where the hell is #OneShiningMoment?! TNT just cut to the show Chad! Not cool TNT! The basketball season isn’t over until we see it! #NationalChampionship

We need to take the game off TNT before One Shining Moment for “Chad?”

Is this Heidi Bowl II?

It turns out that the full coverage of postgame festivities, including “One Shining Moment” and the trophy ceremony, was available on TBS, TNT’s sister station, as part of Turner’s multi-network broadcast experience. But that came as little solace to viewers, who might not have known about the split and were sitting through “Chad” thinking it was just a minute-long preview … only for it to be a full episode. By the time that many viewers realized what was going on, then located the postgame coverage on TBS, they probably missed a good several minutes of it already.

Granted, none of this was an issue for viewers who were on TBS throughout (not to mention that the game itself was satisfying for the audience in more ways than one). But those watching on TNT were left with a pretty sour taste in the mouth from getting “Chad” to end the NCAA season instead of “One Shining Moment.”