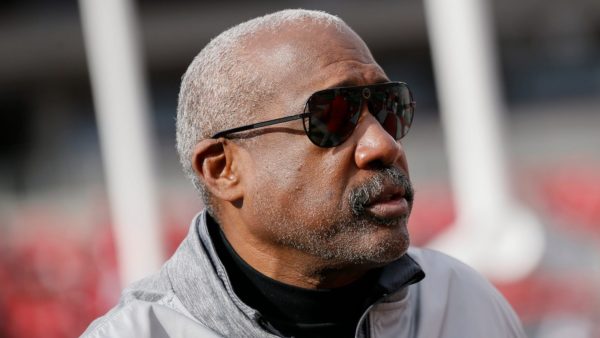 Smith admitted that during the height of the COVID-19 pandemic in 2020, he considered leaving the Big Ten and having Ohio State go independent. And to counteract the millions of dollars that likely would have been lost, he also considered OSU getting its own TV rights deal.

And OSU getting its own TV rights deal

“That was the only time that I talked to the boss about ‘maybe we just go independent,'” Smith said, via Cleveland.com. “Emotions were driving me more than my rational thinking.”

Although Smith and Ohio State president Kristina M. Johnson had discussed the move, Smith says the thought was fleeting. It lasted mere “seconds” after his wife, Sheila, talked him down.

“We’re a place where schools want to be,” Smith said. “Bringing them in strengthens the Big Ten for all the reasons we talked about it.

“There’s no reason, in my opinion, for (Michigan) or us or Wisconsin or anybody to think about leaving something that is very strong. We just made it stronger.”

After remaining in place, Smith and the Ohio State Buckeyes will enter the 2022 season as Big Ten betting favorites. But it’s an interesting thought that they considered going the way of Notre Dame. As it is, they are the strongest fanbase for the Big Ten and therefore an invaluable program for FOX.