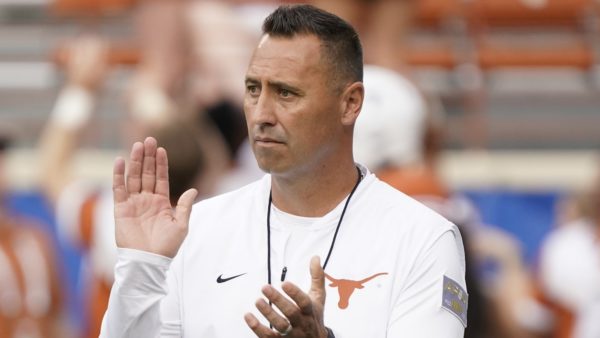 Steve Sarkisian’s Texas Longhorns gave Alabama quite the run on Saturday, but they fell short at home to the visiting Crimson Tide in a 20-19 defeat.

Many people feel that a win is a win and a loss is a loss, but Sarkisian apparently feels differently. The second-year Texas coach delivered an odd quote after his team’s defeat.

Sark says his team didn’t lose. What happened was Alabama happened to have more points when the clock expired.

“We didn’t lose today. We just ran out of time,” Sarkisian said after the game.

Hang it in the louvre.

Well, that is one way to look at it.

Sarkisian also was happy to score a moral victory, even if his team lost.

Sark: I thought our team played hard, played tough, overcame a lot of adversity today. They continued to battle and fight. In the end, that's the best team in the country. in a weird way we can feel kinda good about ourselves and the state of our program.

Sarkisian’s attitude following the loss is a little unusual. But maybe he’s trying a different approach this season after what happened last year.

Last year, the Longhorns were 4-1 with a couple of nice wins. They were leading Oklahoma in the Red River Rivalry game too before ultimately collapsing and losing 55-48. The team must have been crushed, because they went on a six-game losing streak and finished the season 5-7.

Maybe Sark is trying to avoid another tailspin, and that’s the reason for his attitude of positivity.