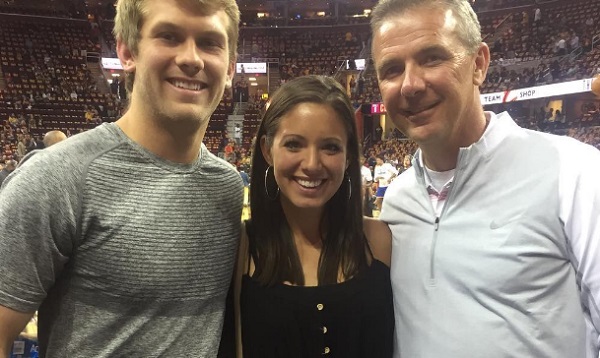 Urban Meyer led the Florida Gators to two national championships during his six seasons as the team’s head coach, so he may seem like an obvious choice for the program’s Ring of Honor. Hid daughter Nicki thinks so, but will others agree?

On Monday, Nicki Meyer started a campaign on social media using the hashtag #UrbanLegend. The goal is to convince Florida to induct Urban into its football Ring of Honor. Nicki tagged a number of former Gators players in her tweet, including Tim Tebow.

Meyer also tweeted that she doesn’t feel like her father’s entry into the Ring of Honor should even be a difficult decision for Florida.

Is this even a discussion??!!

On paper, Meyer is the greatest coach in Gators history. He went 65-15 in his six seasons with two national titles, two SEC championships and a 5-1 record in bowl games. However, there are still some open wounds from the way he left the program. Meyer stepped down following the 2010 season, citing health concerns and a desire to spend more time with his family. He then took a year off before returning to coach at Ohio State.

Meyer and his family have shown strong support for Florida since Urban stepped down at Ohio State, so it seems likely that he will eventually be a part of the Gators’ Ring of Honor. The question is whether or not it is still too soon.