Why do so many athletes get fat in retirement? 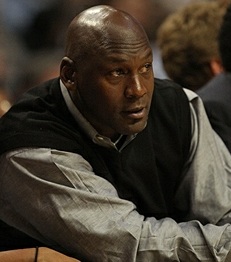 When I have the time (read: about every waking hour of the day) I usually contemplate many of life’s seemingly unanswerable questions. What felled the dinosaurs? Why do “flammable” and “inflammable” mean the same thing? How would we know if sour cream expired if not for the date on the container? Every now and then, however, I get the opportunity to ponder more important matters. The most pressing: What happens in between an athlete’s playing career and subsequent retirement that causes them to shed their athletic physique for one more like, well, ours?

Keep in mind this line of thinking mostly falls under the assumption that said athlete was in shape while they were still playing. After all, Nutrisystem does not work miracles. For instance, Todd Coffey may need to take his eponymous drink without cream more often. Matt Stairs probably should have taken more of them instead of using the escalator. Nicknames for athletes running the gamut from panda to hippo do not bode well for their post-career waistlines. An NFL lineman at his top physical shape weighs more than two Armani models, much less standing in for one of them.

But, even the svelte rock star athletes people grew up watching twenty years ago are turning into a lead zeppelin. Dan Marino purportedly does a shake for breakfast, lunch, and dinner to keep off the weight. Michael Jordan’s pants size used to be closer to the number 23 he made famous, but now has crept in the direction of the digits he wore when he returned from his first retirement, 45. The former Bulls superstar, while not as bad off as some of his other retired counterparts, may want to start taking the steps to avoid getting to the point of becoming Gruyere Jordan. 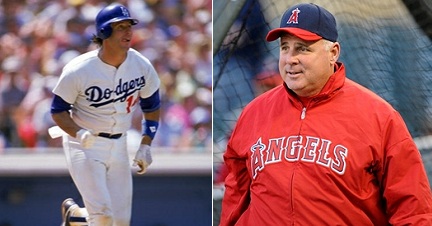 I still remember Mike Scioscia as the slender and graceful backstop for the Dodgers for much of my youth: his home runs in Game 4 of the 1988 NLCS against the Mets were just as important in winning the team the World Series title that year but nowhere near as immortalized as teammate Kirk Gibson’s. Today, if you’ve seen him amble out of the Angels dugout lately, he looks more likely to stop a bowl of chili from getting by than he was to block Chili Davis during his leaner years.

The simple, rational explanation for many athletes achieving slugabed status once they retire is that they no longer are involved in a sport in a playing capacity as they are in expanding their gastronomical capacity. However, I don’t dabble in simple, rational explanations. These days a Magic Johnson finger roll has way too many carbohydrates to be included in the Atkins Diet.

For crying out loud, Magic himself has added more to his coffers as a franchisee, including dabbling in T.G.I Friday’s, which is known as much for health food as it is for its non-tacky décor. As a side note, I would like to take umbrage with the fact that a communications degree and years of sportswriting are still considered “under-qualified” for a job with that establishment, but I digress.

Jamal Mashburn may not be as fleet a foot as he was at Kentucky or during his NBA years, but that might have less to do with his age and de-conditioned state than it does in his ownership of Papa John’s and Outback Steakhouse chains. Mark Brunell made the news last year for losing hefty sums of money investing in Whataburger fast food establishments. Is it so out-of-the-box to mix in a salad investment strategy? Perhaps, as the saying goes, what is good for the HDL is not so good for the bottom line.

Jordan and Larry Bird, as well as LeBron James and Dwight Howard, pitched McDonald’s once upon a time. “Mean” Joe Greene famously hawked Coca-Cola. Peyton and Eli Manning had their Oreo moments. Should it come as a surprise that sports culture is rearing, well, a very large post-career rear?

I would never think of using this medium to belittle (please see previous 90 or so entries if you dare), but the point is these athletes are people who are or have been revered throughout their life for their athletic prowess, their skills that separate them from the rest of the populace, including those of us who enroll in a yoga class with the poorly-conceived notion that performing a downward dog while in a deep schvitz will be a celebrated sports achievement one day.

Certainly there are plenty of in-shape retired athletes; even some, like Scott Brooks or Joe Girardi, who still coach or manage amidst a sea of postgame spreads and dugout fare awash in calories. Then there are legions of jocks who could easily tell you that stressed is desserts spelled backwards, and use retirement as a justification for taking an incendiary device to their gym membership. Either way, giving 110 percent isn’t just good practice for athletes performing in the sports arena, but also when it comes time to sizing belts.