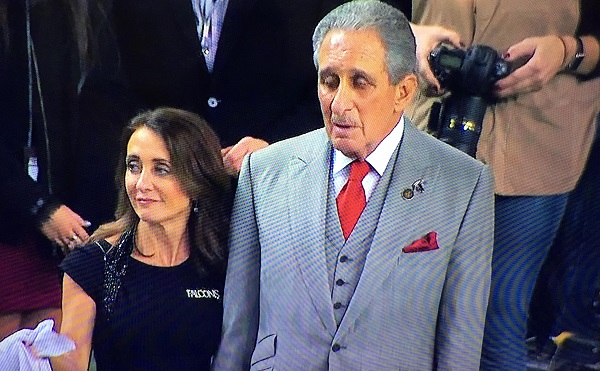 Arthur Blank is a visible presence during Atlanta Falcons games, and the man was with his new wife enjoying his team’s victory over the Seattle Seahawks on Saturday.

As the Falcons were closing out their win over the Seahawks, Blank was on the sidelines with his new wife, Angela Marcuga.

Blank and Marcuga were recently married. Blank and his previous wife Stephanie separated in 2011 and divorced in 2013. Blank got engaged to Marcuga in 2014 and the two have since married.