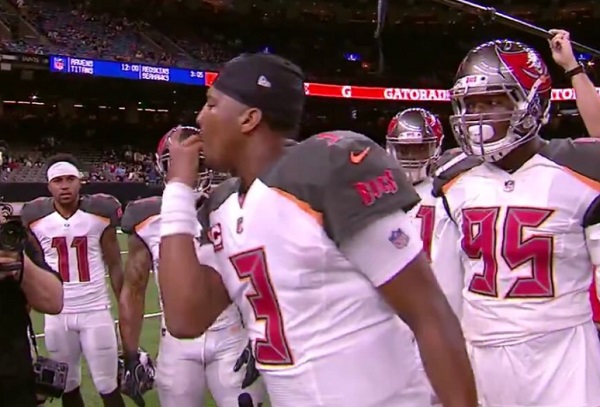 The Carolina Panthers added insult to injury on Sunday after beating the Tampa Bay Buccaneers.

Carolina came back from down 19-15 to win 22-19 after scoring a with 39 seconds left. The win helped them clinch a playoff spot, which is a big deal. Carolina was obviously celebrating that fact, but they also took a jab at Bucs QB Jameis Winston via Twitter.

We ate the "W" pic.twitter.com/3Oevmx0DFa

“Ate the W” is a reference to Winston, who talked about eating a W during a recent pregame speech.

Winston was widely mocked for his oddball speech, and now the Panthers are rubbing it in his face. Ouch.