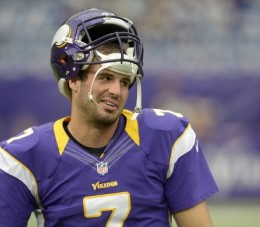 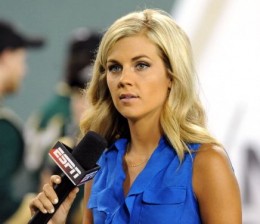 Minnesota Vikings quarterback Christian Ponder and ESPN sideline reporter Samantha Steele are married. Yes, already. According to the Leader-Telegram, Ponder and Steele were married on Monday afternoon in a courtroom in Wisconsin. St. Croix County Court Commissioner Stephen Dunlap did the honors.

Let’s track this thing. In mid-October, Ponder confirmed the rumors that were circulating about he and Steele dating. Before long, he was sarcastically thanking her for helping the Vikings win games. Earlier this month, Steele confirmed that the two were engaged. Roughly two weeks later, Ponder and Steele have already tied the knot.

Some people just prefer to get things done quickly and quietly. As expected, Ponder and Steele have heard all kinds of speculation about why they chose to get married so quickly and not have a big wedding. Steele sent a pretty funny tweet about it on Wednesday: