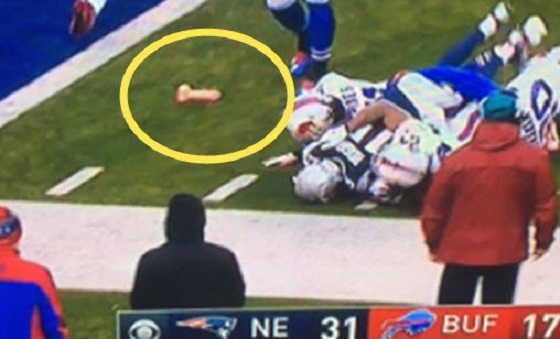 Buffalo Bills fans lived up to their reputation during Sunday’s game against the Patriots. In fact, they may have set a new bar.

Maybe the fan who threw it was just trying to help out by setting a marker on the field.

We should expect nothing less from fans who have also had sex in the parking lot.

Image via World of Isaac