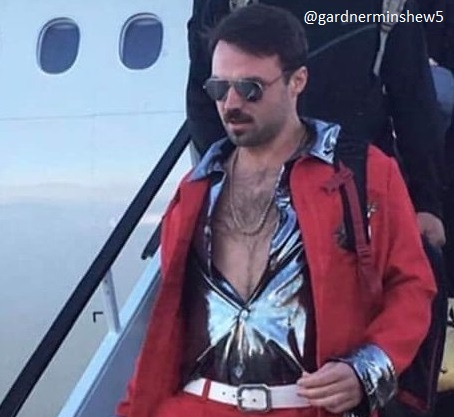 An old photo of Gardner Minshew dripping swag went viral on Saturday, and it’s a must-see.

Back in March, Minshew shared this photo comparing himself and his style to Ryan Fitzpatrick as Conor McGregor.

Good football players, but true fashion icons… who you got #FitzMagic or #StacheMagic ? pic.twitter.com/2dieyXTxqB

Minshew, a sixth-round pick, will get his first career start as the Jacksonville Jaguars visit the Houston Texans Sunday. A few Twitter accounts shared the old Minshew photo and said that’s how he looked getting off the plane in Houston.

Jaguars by a million pic.twitter.com/f35J8wA8bn

Minshew didn’t quite show that swag traveling to his first start, but that doesn’t mean he wasn’t feeling it.

Minshew was 22/25 for 275 yards, two touchdowns and an interception filling in for the injured Nick Foles in a Week 1 loss against Kansas City. He needs to play like the guy who was confident enough to dress that boldly.

Minshew has become a legend since and was offered a $1 million endorsement deal by an adult company.