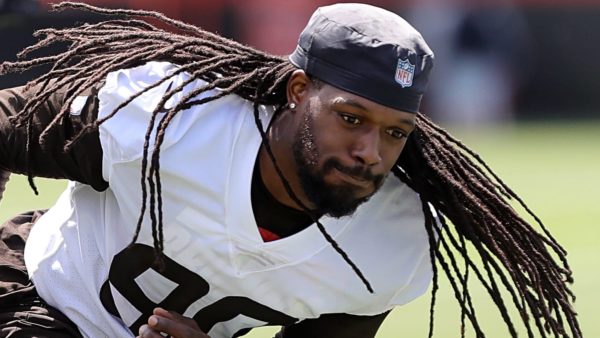 Jadeveon Clowney re-signed with the Cleveland Browns last month, and there have been reports that he was offered more money from other teams. The star pass-rusher says there was one main reason he wanted to remain in Cleveland.

Clowney told reporters on Thursday that he wanted to play with Deshaun Watson again. The two were teammates with the Houston Texans in 2017 and 2018. Clowney said he kept in touch with Watson leading up to the quarterback being traded and was prepared to follow him elsewhere if need be.

“I talked to him a few times before he signed, after he signed. We stayed in touch through that whole thing about coming here,” Clowney said, via Daryl Ruiter of 92.3 The Fan. “If he come, then I come. I told him if he goes, I’ll follow him up here. I’ll go back. That’s what it came down to.”

The Atlanta Falcons looked like the favorite to acquire Watson at one point. If that deal went through, Clowney says he probably would have signed with the Falcons.

“I was all about where my boy Deshaun was going,” he said. “I probably would have followed him (to Atlanta). But who knows? He ended up here. We’re here now. That’s over with. Let’s go. We’re chasing it now.”

There is at least one other reason Clowney chose to re-sign with Cleveland, but it is clear Watson’s decision was a big factor. Clowney believes the Browns have a legitimate chance to contend in 2022. That appealed to him more than anything else.