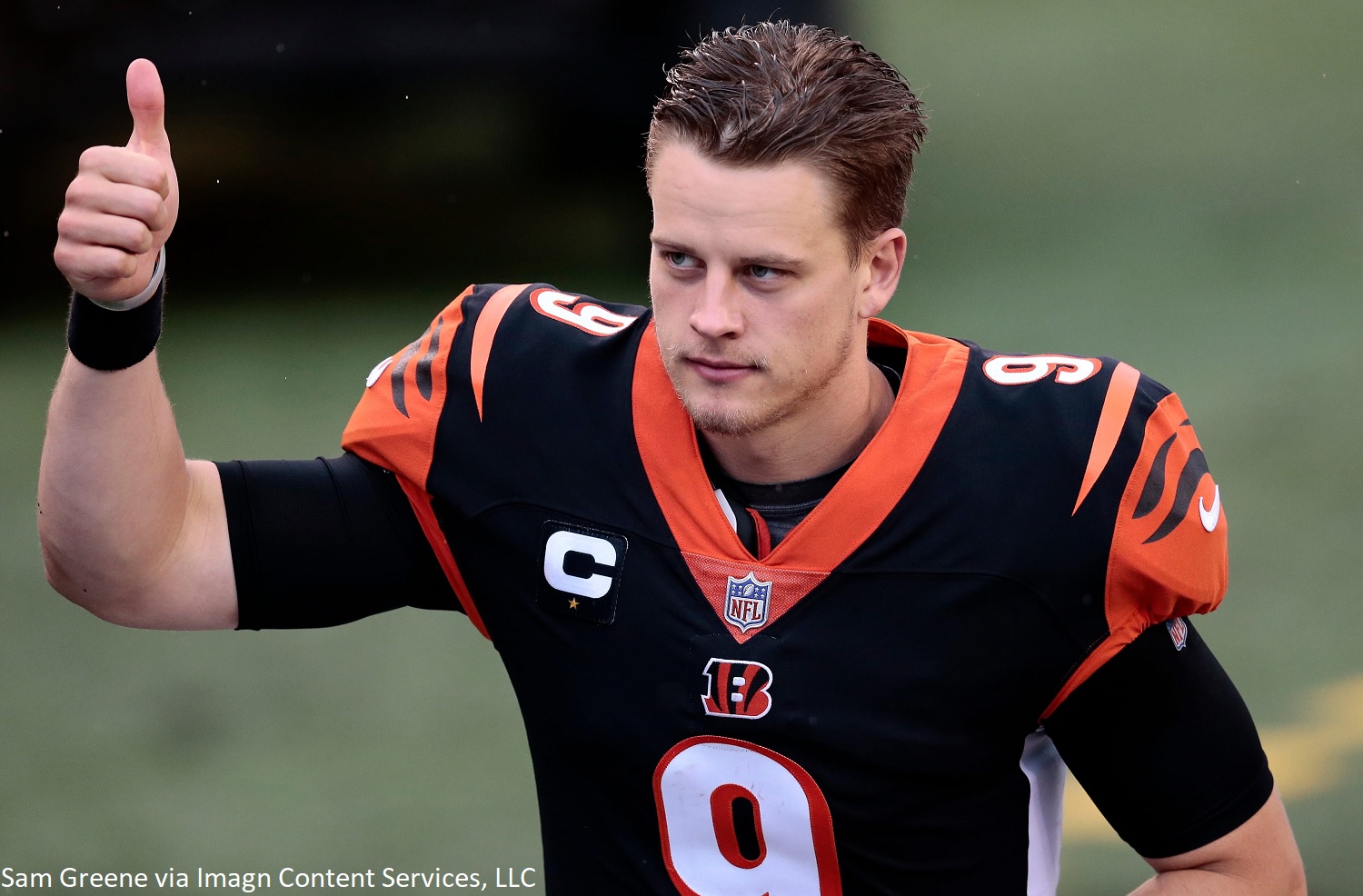 The Cincinnati Bengals came back and defeated the Jacksonville Jaguars on Thursday night thanks in large part to quarterback Joe Burrow.

Not only did the second-year Burrow impress with his athletic skill, throwing for nearly 350 yards and two touchdowns, he impressed with his mind as well.

For the second time this season, a late decision by Burrow helped spur the Bengals to victory. This time, the 24-year-old audibled into a screen to tight end C.J. Uzomah after recognizing a zero-blitz pre-snap. The play picked up 25 yards on a second-and-13 and set the Bengals up in field goal range.

#Bengals QB Joe Burrow says he audibled for a screen to CJ Uzomah to set up the game-winner: “You guys have heard me talking about knowing the playbook in the back of my head… I know their defensive coordinator (Joe Cullen) has a Baltimore background." pic.twitter.com/dF1RxoRYxc

“You guys have heard me talking about having the playbook in the back of my head and seeing looks that I can take advantage of,” Burrow said after the game, via Pro Football Talk. “That just comes with experience. They gave me a ‘zero’ look, and so all week I knew the defensive coordinator [Joe Cullen] had a Baltimore background. They showed some ‘zero’ on film — I knew I’d have to be ready for it in a big spot. I had C.J. out there, that’s not exactly the personnel we usually throw those jailbreak screens to, but he really took advantage of the opportunity. I had those plays in the back of my head expecting ‘zero,’ and I just got to it and didn’t really think about it.”

The audible surprised Uzomah, but it all worked out in the end. And if it’s any indication of what the future holds for Burrow, the Bengals appear to be in very good — and very savvy — hands.