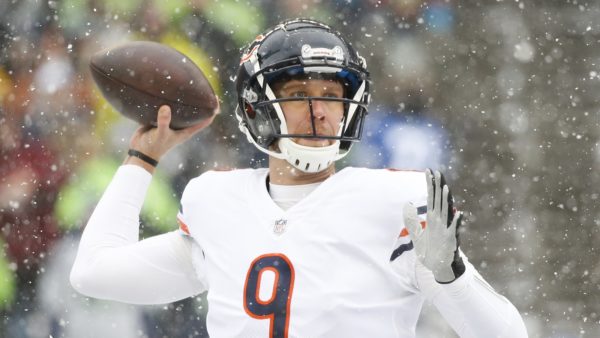 Nick Foles was released by the Chicago Bears at the end of April, but the former Super Bowl MVP apparently will not be unemployed for long.

Foles is nearing a deal with the Indianapolis Colts, as first reported by Zak Keefer of The Athletic. The move reunites Foles with Colts coach Frank Reich, who was the Philadelphia Eagles’ offensive coordinator when the team won the Super Bowl with Foles.

Colts are working to add veteran QB Nick Foles, sources said. Nothing done yet, but there’s a chance it comes by next week. Makes a ton of sense on both sides. He’d backup new starter Matt Ryan.

While there is no starting job available for Foles, he will slide in as Matt Ryan’s backup. That was a need for Indianapolis, as the only other reserve quarterbacks on the roster were untested young players such as Sam Ehlinger, James Morgan, and undrafted rookie Jack Coan.

Foles will likely be pleased with the opportunity. The 33-year-old has not had much success since leaving Philadelphia, but he will be the first man up if Ryan gets hurt. Plus, he has made clear how much he values familiarity, and he will find that with Reich as his head coach.