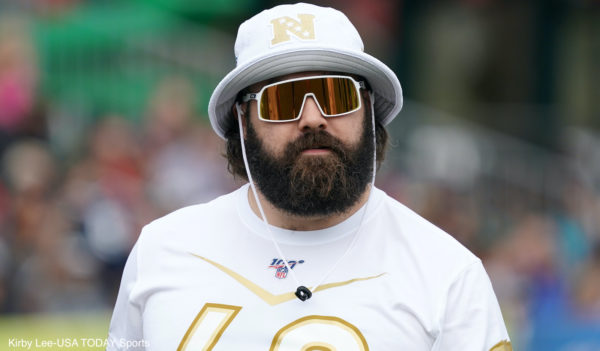 The eternal rivalry between the Dallas Cowboys and Philadelphia Eagles can spill over anywhere. That even includes comments by Philadelphia players that have nothing to do with the Cowboys.

On Friday, fourth-year Cowboys receiver Noah Brown inserted himself into the Ben Simmons drama by seemingly taking a shot at Jason Kelce. Kelce has been lauded for his take on Simmons and what it takes to win Philadelphia fans over.

Brown sees it differently. On Instagram, he said Philadelphia athletes were being critical of Simmons “for an extra pat on the back from Philly fans.”

It’s impossible to see this as anything but a shot at Kelce, as the Eagles center is the highest-profile Philadelphia athlete not associated with the 76ers to speak on Simmons.

Would Brown have commented on this saga if it were happening in a different city? Probably not. The antipathy between the Eagles and Cowboys has always and will always run deep. The antics surrounding their most recent matchup certainly demonstrated that.