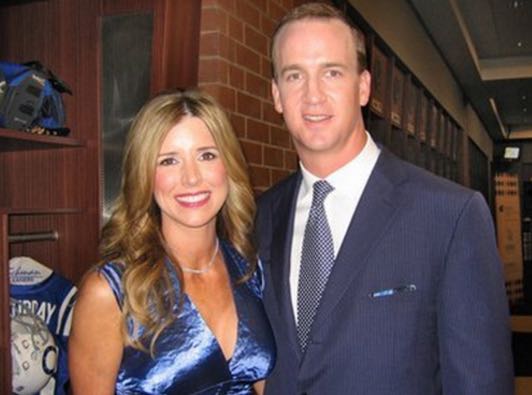 Deborah Davies, the lead reporter in charge of the recent bombshell story Al Jazeera dropped linking Peyton Manning to performance-enhancing drugs, says Charlie Sly is not the only person who claims human growth hormone was sent to Manning’s wife.

In an appearance on CNN Sunday morning, Davies said a second source has confirmed to Al Jazeera that Ashley Manning received shipments of HGH.

Sly, an intern who used to work at an Indianapolis anti-aging clinic where Manning was treated in 2011, said while being secretly recorded that Ashley Manning received HGH from the Guyer Institute. He later recanted the statements.

While Sly never directly said that he knew Peyton Manning used HGH, the implication was clearly that the drugs were sent to Ashley as some sort of coverup. Davies has stood by her report but made it clear that Al Jazeera never accused Manning of using PEDs.

There are a select few health conditions a person can have that make HGH legal to prescribe in America. It’s unclear if Ashley Manning suffers from one of those conditions, but Peyton said in this emotional interview that he is furious his wife’s privacy is not being respected.

Manning has vehemently denied that he ever did anything illegal or against NFL rules. He claims he went to the Guyer Institute in 2011 under the supervision of the Colts, though you might want to read about the type of character that runs the anti-aging clinic.

The NFL says it is investigating the claims against Manning.