Taco Charlton seemingly tells Cowboys to trade or release him 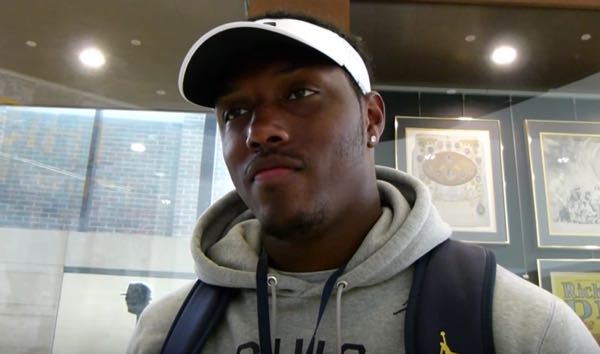 The Dallas Cowboys have reportedly been exploring the possibility of trading Taco Charlton, and the desire for a split is one that seems to be shared by the defensive end.

Charlton was a healthy scratch once again for Sunday’s game against the Washington Redskins, and executive vice president Stephen Jones indicated on Monday that Charlton’s inability to play in multiple spots is why the Cowboys have not activated him yet this season. In response to that revelation, Charlton sent a not-so-subtle tweet telling the Cowboys to “free me.”

Charlton then followed up by confirming he is trying to force his way out of Dallas, noting that having to do so on Twitter is not something he wanted to resort to.

Trust me the last thing I want to do is to have to go to social media to get what I want so I can play football again.

Reports have indicated that Charlton told the Cowboys during the offseason that he wanted to be traded. The team considered cutting him at one point, but they have since been shopping him in trade talks. However, finding a team that is willing to give up something of value may be difficult, as it seems obvious Charlton is no longer in the Cowboys’ plans and they will likely part ways with him regardless.

Charlton was a first-round pick out of Michigan back in 2017, but he had just four sacks in 27 games over his first two seasons. The Cowboys have been mentioned as a possible suitor for one of the last good players remaining in Dolphins, though it seems unlikely that the Dolphins would want anything other than draft picks while they’re in full tank mode. Either way, Charlton’s days in Dallas are clearly numbered.