Thaddeus Moss to undergo surgery for Jones fracture in foot 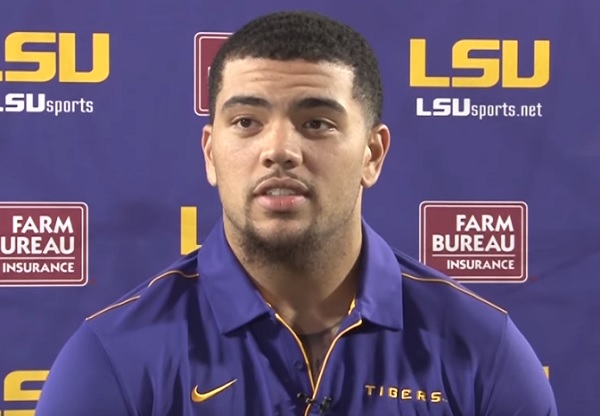 Thaddeus Moss needs surgery for a Jones fracture in his foot and will be out about 6-8 weeks according to a report.

Moss, who is the son of former NFL wide receiver Randy Moss, is among the top tight end prospects in this year’s draft. He did not participate in drills at the NFL Combine on Thursday because a Jones fracture was discovered in his foot.

NFL Media’s Ian Rapoport and Tom Pelissero say Moss is expected to recover in 6-8 weeks and be ready for his rookie season.

Moss won the national championship with LSU this season. He caught 47 passes for 570 yards and four touchdowns. The 6-foot-3, 249-pound tight end began his college career at NC State before transferring to LSU.