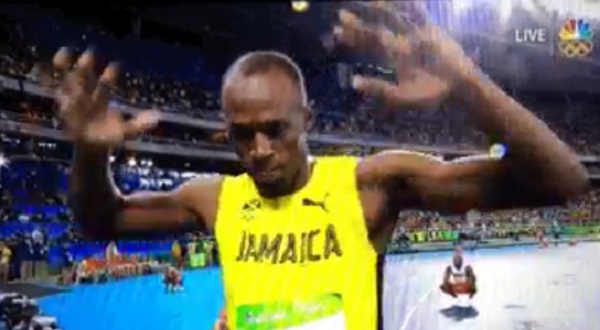 Even though he’s retired as a competitive sprinter, Usain Bolt is still a very fast man.

How fast? At the age of 32, Bolt still has the ability to tie the record NFL 40-yard dash time while wearing sweats and sneakers.

That’s exactly what the famed sprinter did Saturday, posting a 4.22 despite the fact that he was putting in what counted as a casual effort just for fun.

Usain Bolt runs 4.22 to tie the fastest NFL 40…in sweats and sneakerspic.twitter.com/2tUJFUVtzn

John Ross, the holder of the record, said after setting the mark that he wanted to challenge Bolt. The sprinter essentially laughed off the challenge, saying there was no way Ross would beat him. Considering Bolt didn’t do any prep work and ran in sneakers and still matched Ross’s record-setting mark, Bolt is probably right.