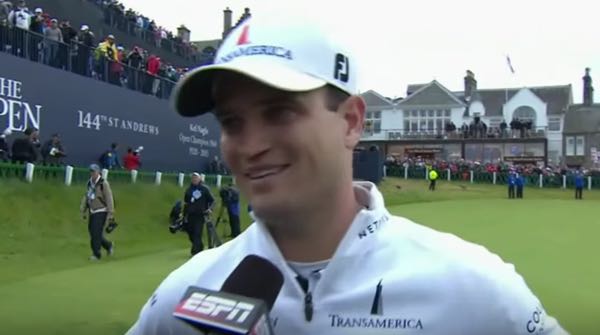 Zach Johnson had a moment at the Masters on Friday that every casual golfer can relate to, but fortunately it did not cost him anything.

As he was getting ready to hit his tee shot at the 13th, Johnson accidentally hit his ball while taking a practice swing. It bounced off the tee box marker and a few feet in front of him, at which point the 2007 Masters champion turned to his playing partners and asked, “What happens there?” Be aware that there is a curse word in the video:

Wow! Zach Johnson is all of us… pic.twitter.com/BvVWA1wBvU

As Johnson’s group informed him, there was no penalty for the bizarre gaffe because it clearly happened while he was taking a practice swing.

The most impressive part of the sequence is that Johnson then stepped up and bombed a perfect drive down the middle of the fairway. A less experienced golfer may have been rattled after something like that happened, but Johnson seemed unfazed.