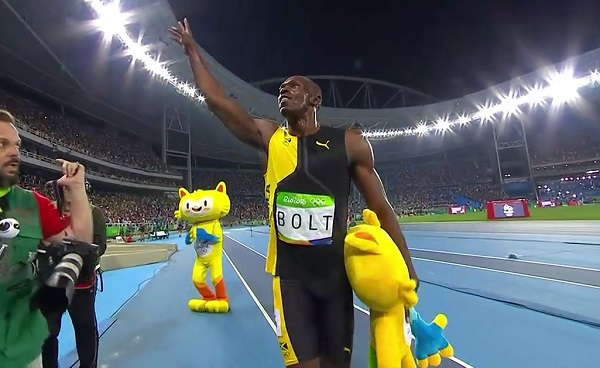 Usain Bolt is one of the greatest athletes of all-time. He’s the fastest human in the history of the world. The Jamaican sprinter is an eight-time Olympic gold medalist.

His final 100-meter race, however, did not go as expected. Bolt sprinted in his signature event at the IAAF World Track and Field Championships in London Saturday. The storybook ending was not to be, as two Americans finished ahead of Bolt, who took bronze.

Bolt struggled to recover after getting a slow start.

“My start is killing me,” Bolt said. “Normally it gets better during the rounds, but it didn’t come together.”

The result was shocking, to say the least. Before Saturday’s event, Bolt had never fallen in the 100 meters at the World Championships or the Olympics. In the last of their many duals, Gatlin, who was banned multiple times throughout his career for taking illegal substances, overtook Bolt.

“I dreamed about this day,” Gatlin told NBC after the race. “I worked hard for this day…It took me not thinking about myself and thinking about others that gave me this fight.”