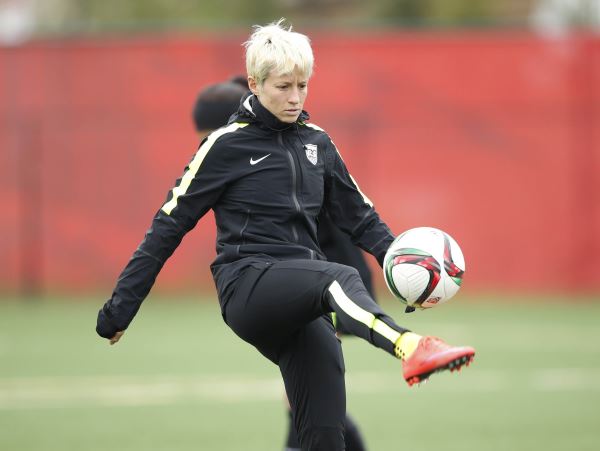 Megan Rapinoe took a stand while taking a knee in early September, dropping down during the national anthem prior to a match between the Seattle Reign FC and Chicago Red Stars.

Asked about her protest afterwards, Rapinoe said she was “disgusted” with the way San Francisco 49ers backup quarterback Colin Kaepernick had been treated and vowed to continue kneeling during the national anthem. Rapinoe also cited injustices around the country, not necessarily just towards people of color, as the reason for her protest.

In a later match, the Washington Spirit played the national anthem prior to players hitting the pitch in an effort to keep Rapinoe from “hijacking” the anthem. As expected, she was not pleased with their decision.

On Thursday, prior to the U.S. women’s national soccer team’s international friendly against Thailand, Rapinoe became the very first athlete to protest the national anthem while wearing the the U.S. colors and name on her jersey.

Prior to the match, Team USA coach Jill Ellis said she supported Rapinoe’s right to protest, but hoped the players would stay united as a team representing their country.

Ultimately, Rapinoe went with what Ellis termed her “individual agenda” over team and country unity.