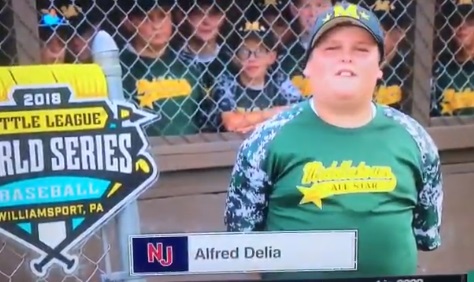 Confidence is a key to being successful in sports. One Little Leaguer already has that part of the game down.

Alfred Delia, a Little League player for Middletown, New Jersey, has become a viral hit for his awesome player intro video. In his intro that was shown on ESPN prior to New Jersey’s Little League regional game against Maryland, Delia was beaming with bravado.

“Hi, my name is Alfred Delia. At home they call me ‘Big Al,’ and I hit dingers.”

Unfortunately for Big Al, his team lost 11-1 and he only got one at-bat in the game, going 0-for-1. Though Delia didn’t leave the yard in New Jersey’s three Eastern Region games, he went an impressive 4-for-5.

We’re thankful he provided us the best Little League get-to-know-you moment since this kid in 2014.